Usage of the internet is dominating every other sector around the world, not just in India. The case of everyone with access to the internet is certainly heartwarming for a considerable number of brands as well as the authorities. Internet Usage certainly drives a boatload of people to get things accomplished without a lot of filters in between.

As far as Odisha is concerned, it is regarded as one of the least developed states in India. However, the introduction of the Digital India scheme a few years ago is paying dividends. People are genuinely interested in getting a taste of the spicy internet.

The availability of the internet has certainly given scope to a lot of job opportunities. Not only do the people work due to the presence of the internet, but utilizing this connectivity also matters for monetary effects. This is the reason why the supposed Best website designing company in Odisha is catching up with creating a boatload of websites for multiple local brands.

The growth of the IT or Information Technology Sector in Odisha is unprecedented. The rate at which things are going is pretty bonkers. Capitalising on this very thing matters the most when it comes to brands and businesses.

The major Internet Service Provider options right now in the state of Odisha are: 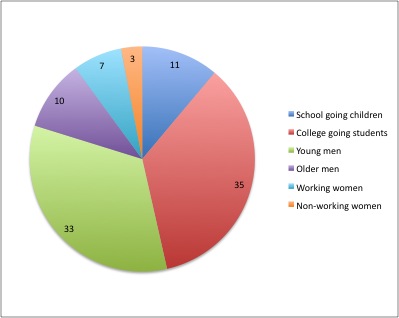 This is not even a surprise after what happened in late 2016. The introduction of 4G services at extremely low prices pushed quite a few people to consider going for having a connection. As mentioned above, there are 3 types of internet service providers in India, with a very minuscule fourth type in Wireless Internet through a Satellite dish.

DSL Broadband connections are one of the most consistent types that are used in the country. As far as Odisha is concerned, these connections were the ones that made the list of internet users. However, the introduction of 4G services at exceedingly low prices turned the tables around.

The access of the internet is pretty much skewed in favour of mobile phone users. However, consistency is still a key for people who are connected to the internet with the help of Fibre Optic as well as DSL connections.

Hopefully, in the near future, we will see a surge in the wired department of connections, which embarks on the vision of consistency itself.